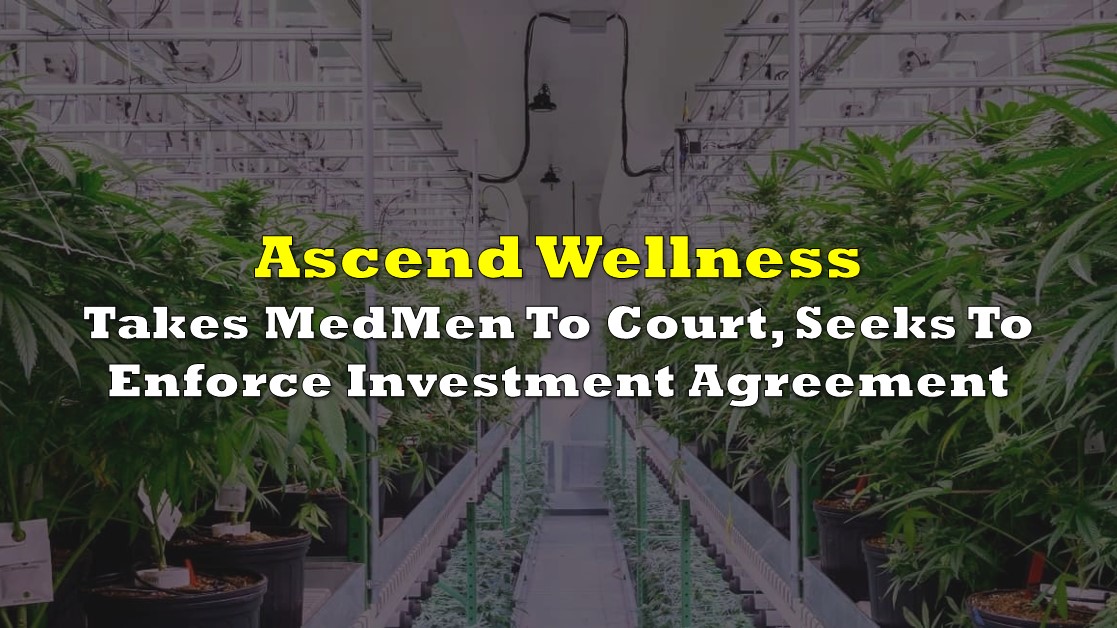 It seems Ascend Wellness Holdings, Inc. (CSE: AAWH.U) is not going to take the termination of its New York investment agreement with MedMen Enterprises Inc. (CSE: MMEN) lightly. The multi-state cannabis operator filed a lawsuit against the latter with the Commercial Division of the Supreme Court of the State of New York.

The cannabis firm is seeking to make MedMen and its New York-based subsidiary comply with the stipulations of the investment agreement. The complaint filed also asks for a preliminary injunction and temporary restraining order to maintain the status quo, preventing MedMen to move relevant equity or assets that may result in additional encumbrances.

The agreement was set to see a $73 million investment into MedMen’s subsidiary–$35 million in cash and $28 million in senior secured promissory notes. In exchange, Ascend Wellness is expected to hold 86.7% equity in the New York subsidiary with an option to acquire the remaining interest in the future. However, MedMen is said to have attempted to unilaterally terminate the agreement, disputing the regulatory approval of the transaction.

The cannabis firm started the year by calling out MedMen to notify its alleged breach of the agreement and its attempt to unilaterally terminate the arrangement is “invalid.”

Ascend Wellness Holdings last traded at US$5.80 on the CSE.

Information for this briefing was found via Sedar and the companies mentioned. The author has no securities or affiliations related to this organization. Not a recommendation to buy or sell. Always do additional research and consult a professional before purchasing a security. The author holds no licenses.