Leafly Delays Merger With Merida SPAC Due To New Financing 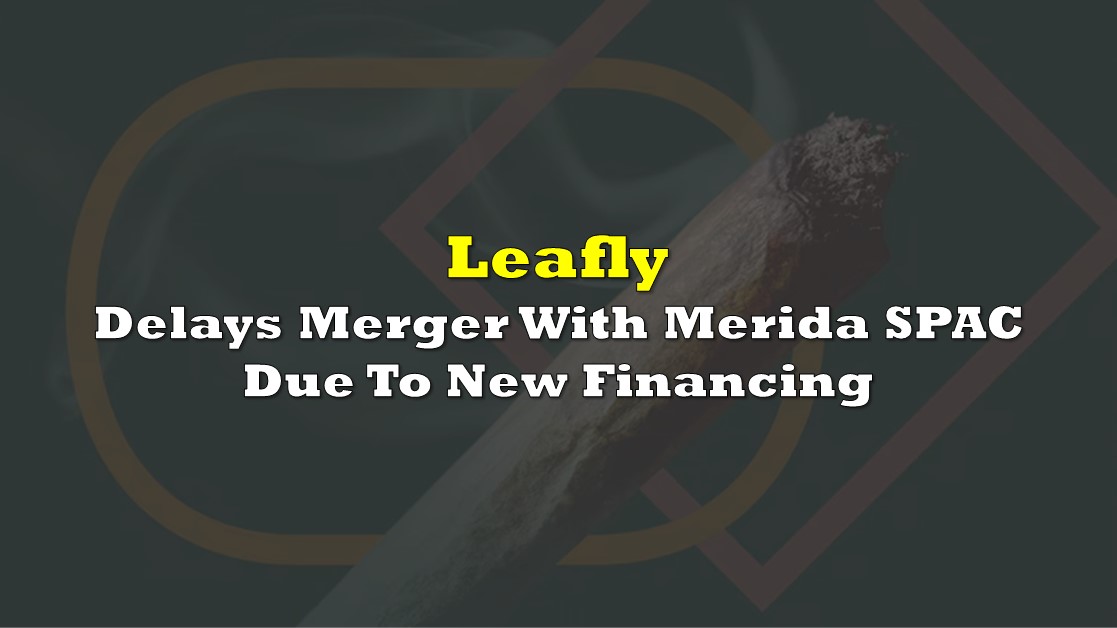 It looks like Leafly Holdings will have to wait a little longer to go public. The firm last night announced that its proposed merger with Merida Merger Corp I (NASDAQ: MCMJ) has been delayed as a result of a new convertible note financing.

The convertible note financing will see Leafly obtain a $30 million convertible note purchase agreement, which is lead by Cohanzick Management LLC. Slated to close immediately before the closing of the pending business combination, the debt is to consist of unsecured convertible notes due in 2025.

The debt is to bear interest at 8.00% per annum, and contain a conversion price of $12.50 per share. The debt can be converted at the option of the holders, with Leafly having the option to redeem the debt after a period of one year for cash, or alternatively, force the conversion of the notes after two years at a pre-determined conversion rate.

The arrangement also includes a 1.25% commitment fee, and the transfer of 300,000 private warrants to the investors.

As a result of the financing, the special meeting for shareholders to vote on the merger has been delayed, “to give Merida stockholders sufficient time to evaluate the terms of the note financing and certain additional information.” The vote was originally to occur on January 14. A new date has not yet been selected, with Merida investors now able to again redeem units of the company ahead of the shareholder vote.

Merida Merger Corp I last traded at $8.39 on the Nasdaq.

Information for this briefing was found via Edgar and the companies mentioned. The author has no securities or affiliations related to this organization. Not a recommendation to buy or sell. Always do additional research and consult a professional before purchasing a security. The author holds no licenses.

The post Leafly Delays Merger With Merida SPAC Due To New Financing appeared first on the deep dive.