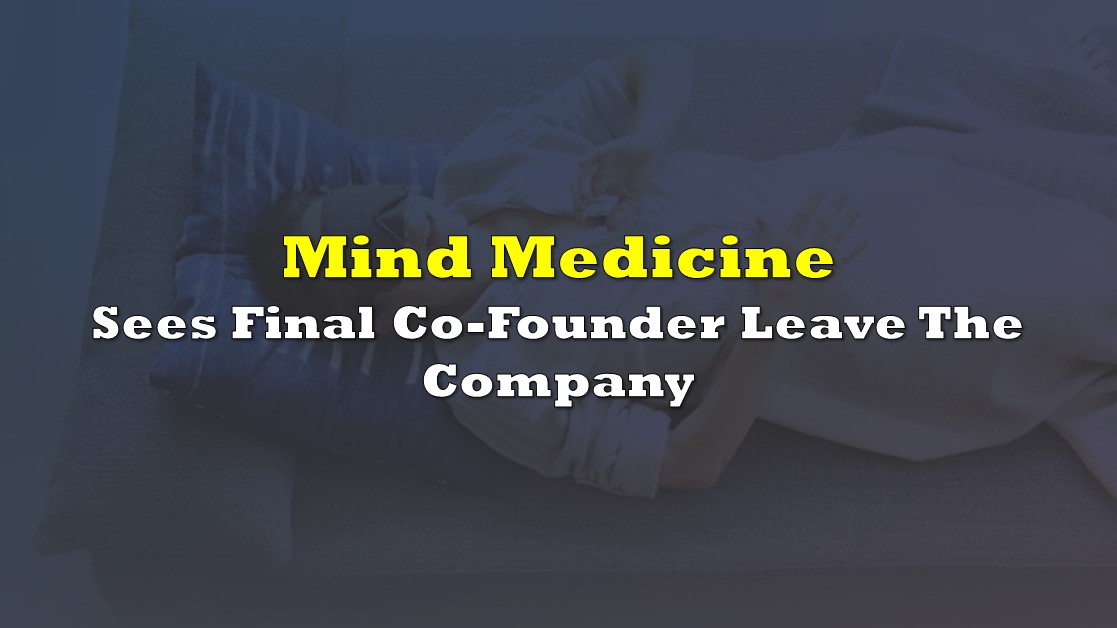 Mind Medicine (NEO: MMED) appears to now be fully under new management. On Friday evening, after the close of markets, the firm indicated that the final co-founder of the company had resigned.

Stephen Hurst is the last of the firms co-founders to leave an executive role at the company, announcing on Friday he would be resigning as a director. Despite his departure after the firm being public for a short time, he referred to the company as, “the culmination of [his] career.”

The announcement follows filings made by Hurst earlier this week in relation to his holdings of the company, indicating that during the final week of 2021 he sold off his entire position held via Savant HWP, Inc. A total of 1.1 million shares were sold for gross proceeds of $1.5 million.

Hurst is the last co-founder of the firm to resign, following JR Rahn’s well-known departure in mid 2021, as well as Scott Freeman’s departure in August 2020. Additionally, the firm in the final week of 2021 saw the departure of its Chief Technology Officer, as well as its Chief Scientific Officer.

Information for this briefing was found via Sedar and the companies mentioned. The author has no securities or affiliations related to this organization. Not a recommendation to buy or sell. Always do additional research and consult a professional before purchasing a security. The author holds no licenses.