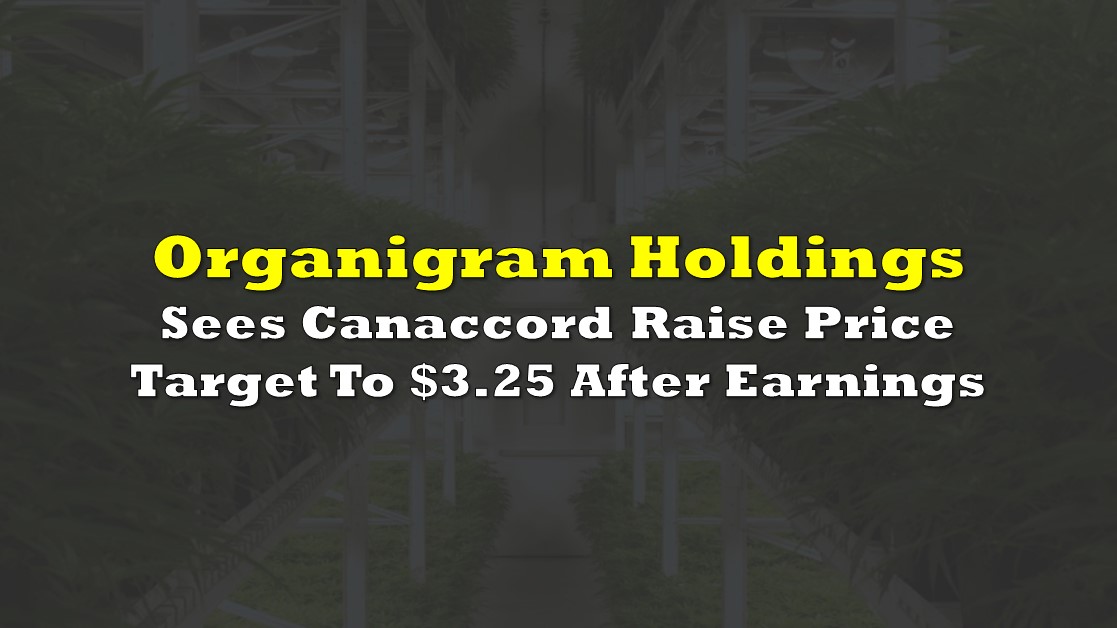 On January 11th, Organigram Holdings (TSX: OGI) issued its second fiscal quarter of 2022. The company reported net revenues of $30.38 million, or a 22.2% increase quarter over quarter. The company also reported a cost of sales of $27.92 million, meaning the company’s gross margin before fair value changes was $2.45 million. The company reported adjusted EBITDA of ($1.88) million, and a net loss of $1.3 million. Cash and equivalents dropped 8.5% to $168.04 million

In Canaccord’s earnings review, they raise their 12-month price target to C$3.25 from C$3.00 and upgrade Organigram to a speculative buy from a hold rating.

For the results, Organigram reported better than expected results compared to Canaccord’s revenue estimate. Canaccord expected revenues to be $28.64 million while they expected adjusted gross margins of $3.7 million, which were higher than the actual reported result. 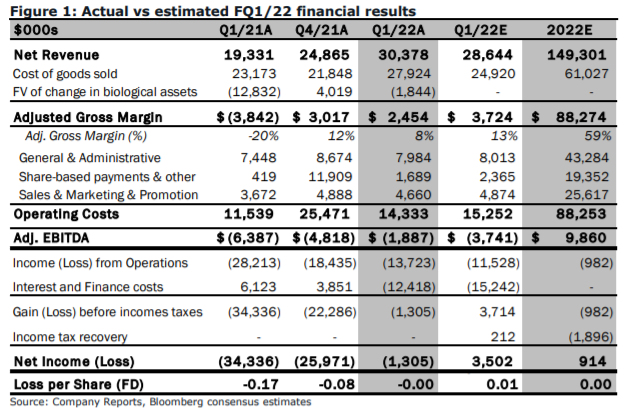 Canaccord goes into some detail as to why the double upgrade, saying that the better-than-expected results bring momentum into their fiscal 2022. Though they say that the Canadian cannabis landscape continues to face a number of different headwinds, they believe the companies ability to execute over the last two quarters and “its ability to pivot its products to offer a wider array of in demand SKUs,” gives Canaccord hope for the company.

Below you can see Canaccord’s updated fiscal full-year 2022 estimates.

Information for this briefing was found via Sedar and Refinitiv. The author has no securities or affiliations related to this organization. Not a recommendation to buy or sell. Always do additional research and consult a professional before purchasing a security. The author holds no licenses.