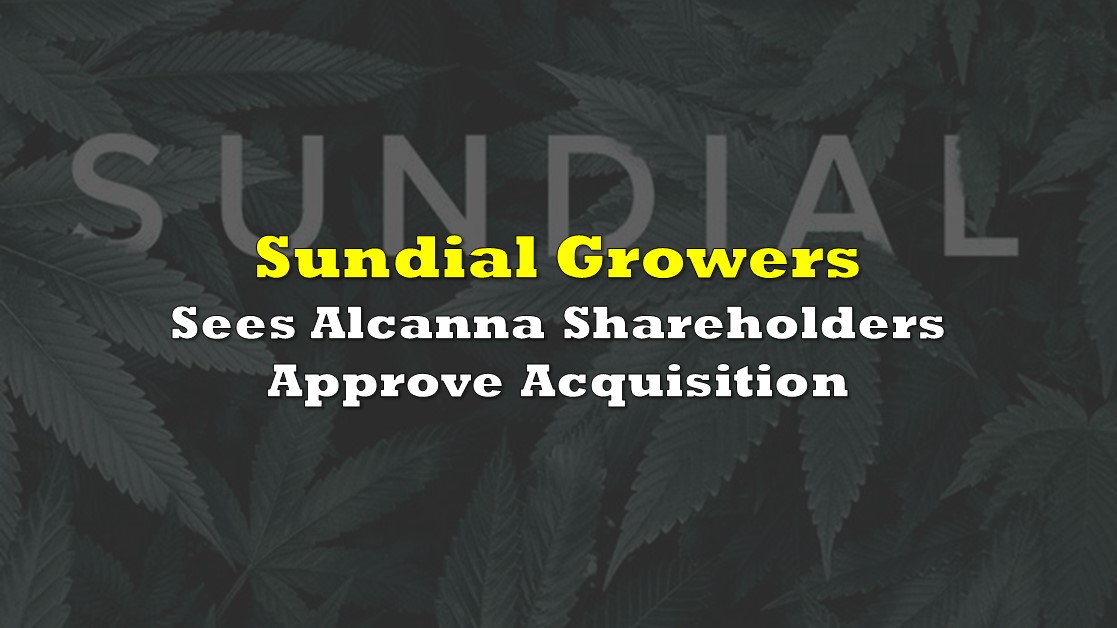 Alcanna Inc (TSX: CLIQ) shareholders have approved the previously announced plan of arrangement with Sundial Growers (NASDAQ: SNDL). The company announced Friday evening after the close of markets that its shareholders had accepted the offer to be acquired by the cannabis operator.

The arrangement, which remains subject to one final regulatory approval, will see Alcanna shareholders receive 8.85 common shares of Sundial, as well as $1.50 in cash per each share of Alcanna held. The offer, which was revised at the 11th hour, presumably due to some behind-the-scenes negotiating, originally was set to consist of an all-share transaction.

With the cash component added to the mix, the transaction was approved with 90% of the votes cast being in favour of the transaction, handily meeting the two third majority required to proceed with the deal.

Assuming the final approvals are granted, the transaction is expected to close in the first quarter of 2022.

With the closing of the transaction, Sundial will also obtain a majority position in Nova Cannabis (TSX: NOVC), which is currently held by Alcanna.

Sundial Growers last traded at $0.60 on the Nasdaq.

Information for this briefing was found via Edgar and the companies mentioned. The author has no securities or affiliations related to this organization. Not a recommendation to buy or sell. Always do additional research and consult a professional before purchasing a security. The author holds no licenses.