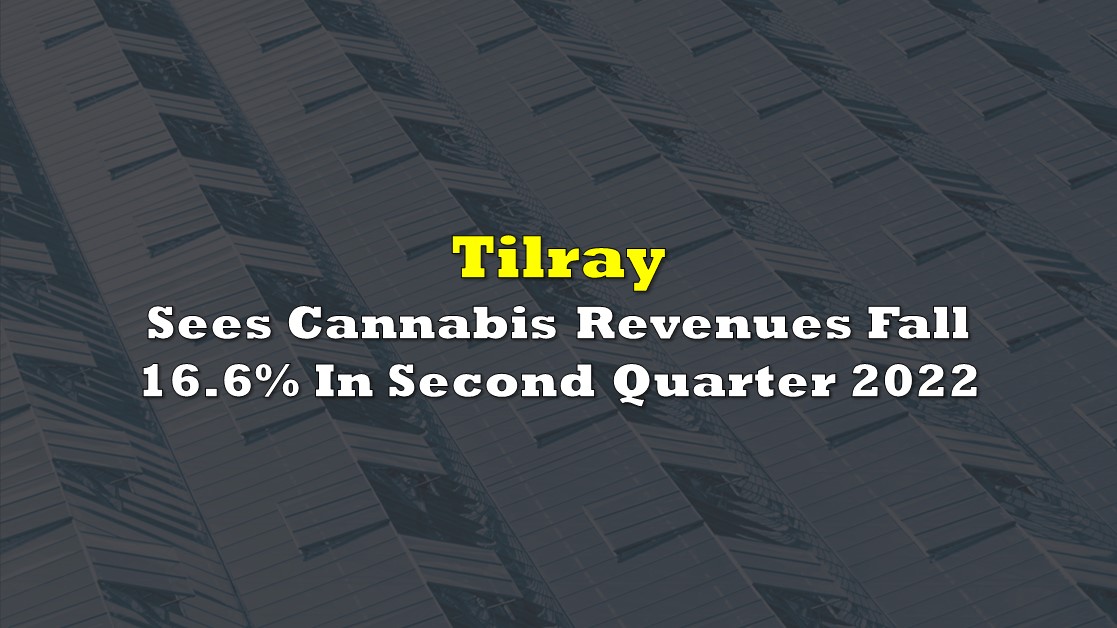 Tilray Inc (TSX: TLRY) this morning reported its fiscal second quarter results for the period ended November 30, while also announcing a name change. The firm will be changing its name to Tilray Brands, Inc, which is intended to “reflect the company’s evolution from a Canadian LP to a global consumer packaged goods company powerhouse.”

The firm reported net revenues of $155.2 million for the three month period, as compared to $168.0 million in the first quarter, a 7.7% decrease. Despite this, Irwin Simon, CEO of Tilray, commented, “The totality of our performance, our prospects and our global platform make Tilray Brands’ opportunity as compelling as ever, driven by our success as a cannabis and lifestyle CPG powerhouse.”

In terms of segments, the hit to revenue came from the firms cannabis segment, which declined from revenues of $70.4 million in Q1 to that of $58.8 million in Q2, a decline of 16.6% on a quarterly basis. Distribution revenue meanwhile climbed slightly from $67.2 million to $68.9 million. Beverage alcohol also fell, dropping from $15.5 million to $13.7 million, while wellness revenue fell from $14.9 million to $13.8 million.

Gross profit as a result was also down on a quarterly basis, from $51.0 million to $32.8 million.

On the positive side, total operating expenses fell from $119.5 million to $87.5 million, largely due to transaction costs falling from $25.6 million to $8.1 million. General and administrative also fell, dropping from $49.5 million to $33.5 million. Overall, the firm posted an operating loss of $54.7 million, an improvement from the $68.5 million loss recorded in the first quarter.

Following a non-operating income of $64.8 million however, along with an income tax recovery of $5.7 million, the firm managed to post a net income of $5.8 million. Adjusted EBITDA meanwhile amounted to $13.8 million,

Information for this briefing was found via Edgar and Tilray. The author has no securities or affiliations related to this organization. Not a recommendation to buy or sell. Always do additional research and consult a professional before purchasing a security. The author holds no licenses.